Rachel Fletcher is part of a group of local women cast as extras in our production of Her Naked Skin. Here she reflects on rehearsals, just as the production is about to open on Friday 5 October.

So, these 22 women walk into a rehearsal room.. 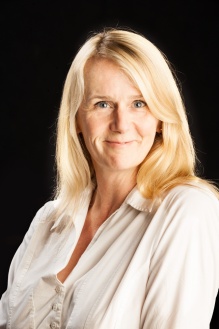 The start of September saw us meeting for the first time, to hear Director Gareth and Assistant Director Clare tell us about their vision for the show and how the community chorus would play its part in embodying the world of Edwardian women fighting to have their voices heard and win the vote.

Split into two teams – aptly re-christened Team Sylvia and Team Christabel – we were paired with an opposite number so that we could mirror each other throughout rehearsals and the run: we’d be sharing performances, placards, hats, and even carrots.

Rehearsals took shape through September, forming scenes, re-setting, starting again with new ideas. Harry, the musical supervisor, has had us singing up and down scales in ways you’d never thought of, and we’ve got to grips with tricky harmonies and stirring songs.

Real ‘wow’ moments? The Saturday session when we sat in the rehearsal room and watched the whole play run together. And that first chance to walk out on the set, and to have a sneaky ride on the revolve. Scariest thing? Keeping a map of backstage and my entrances and exits securely in my head.

This Monday, we walked into our Community Cast dressing room, and walked out transformed – wonders courtesy of Henrietta and the wardrobe team. Gone were the jeans and trainers we’d all been happily rehearsing in, and there instead stood 22 Edwardian women – coiffed, corseted, bonneted and lace-up booted. We didn’t recognise some of us at all!

Now we’re up to tech week. It’s been a real eye-opener to see it all come together, and to appreciate the huge amount of work that a show of this scale involves.

The professional cast have been generous and engaging and lovely to work alongside; Gareth is inspired, endlessly patient and tactful; and I can only dream of ever being as supremely organised as Rickie, the company stage manager and her team.

Clare’s been a constant, reassuring presence: from weird warm-up games to notes and updates in rehearsal. She’s going to have her work cut out in performance with calls and shepherding us, and even putting in pin curls for our wigs when she’s got a minute free.

I hope we do them – and ourselves – proud.

We’re drawn from the community – some of us walking to the theatre, some with a long commute – but we’re all here to be part of telling the story: the microscopic story of lives and the immense story of the struggle for equality.

And we’ve become a community through the process. Up in the dressing room, we’re sharing Sue P’s scrummy vegan treats and jokes about lacing up corsets. It’s been a great journey so far. And we’re just about to pick up speed.

By No. 10, Team Sylvia (aka Rachel Fletcher)

One thought on “Being part of Her Naked Skin”

Talk to us.... Cancel reply